What is air pollution & what are its main components?

by Otten Gritt
in Health
0

Air pollution is one of the factors that cause the rise of respiratory diseases worldwide. Its influence on public health cannot be overlooked. We know its implications – but what is its exact definition? How do different types of air pollution influence our health?

The air pollution problem is present in most parts of the world, regardless of the climate zone. The more industrial activity there is in the region, the more probable it is for this problem to occur. Another significant factor that can increase the probability of smog is the dense population and car traffic. The consequences – both short-term and long-term – can be severe. But to understand why air pollution can affect our health to that extent, it’s worth taking a closer look at what it really is. What is the air pollution definition  you will learn from the rest of the text!

Air pollution occurs when harmful substances are present in the atmosphere. By that, we mean that they’re dangerous to alive beings’ health, from humans, through animals, to microorganisms and plants. Particles that contribute to climate change (for example, carbon dioxide) are also considered air pollution, even though they do not necessarily cause any harm to a living organism. Air pollution can affect the public health, but also the economy, negatively influencing crop quality and destroying environments. 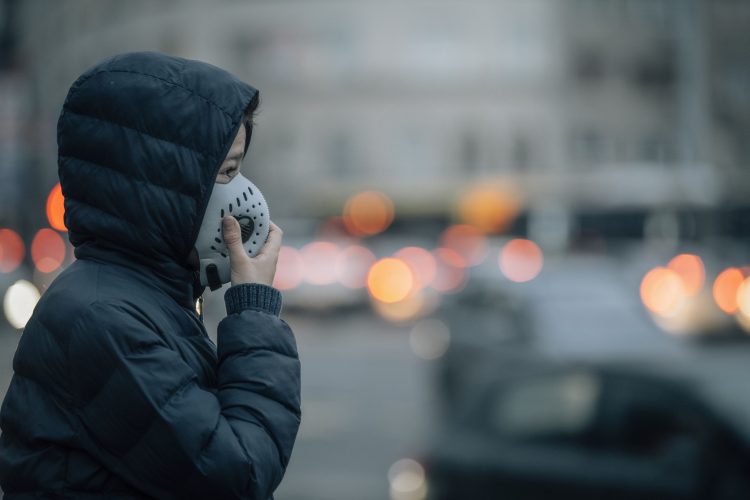 What are the most common air pollutants?

Air pollution can have two forms – particulate matter or gas. The first type consists of tiny particles of size is specified in micrometers. They’re impossible to see and mostly odorless. Particulate matter can be divided into two variants: PM 2.5 and PM 10. These numbers refer to the diameter length in micrometers. In the air pollution maps like Airly.org, you can verify the levels of both types of PM.

Particulate matter can consist of leftover products of fossil fuel, wood, and biomass burning. The most dangerous ones include dioxins and aromatic hydrocarbons. Their inhalation can lead to cell mutations and cancer. The small size of these particles facilitates getting into the respiratory system, and from there – to the bloodstream. This way, the substances can be distributed to organs and accumulate there.

The most common gases considered pollutants include nitrogen dioxide, sulfur dioxide, ozone, and carbon oxides. In smaller doses, they do not pose such a danger to human health as particulate matter, but they still can have negative implications on our bodies, causing problems with circulatory system and hypoxia.

How to protect yourself against air pollution?

According to WHO, air pollution causes over 7 million deaths worldwide every year. Some are caused by short-term intense smog episodes, while others come as an effect of long-term exposure to smaller doses.

In many cases, the communities are not even conscious of the level of pollution they are exposed to every day. Fortunately, with widespread access to apps, that situation is changing. Airly.org, an interactive air pollution map, can be accessed through the mobile app or browser. It gathers real-time data from all over the world to spread consciousness and prevent negative consequences of breathing low-quality air.

Research on Concussions in Football Continues Through Multiple Studies

Benefits of Visiting a Pain Specialist

Repatriation emergency medical services – what do they cover?

Some Of The Services Offered By Clinical Waste Disposal Companies

How To Locate The Dental professional A Far More Enjoyable Experience: Sleep Dentistry

Repatriation emergency medical services – what do they cover?

Pharmaceutical Patents – Do you know the Differing Types?

No Result
View All Result